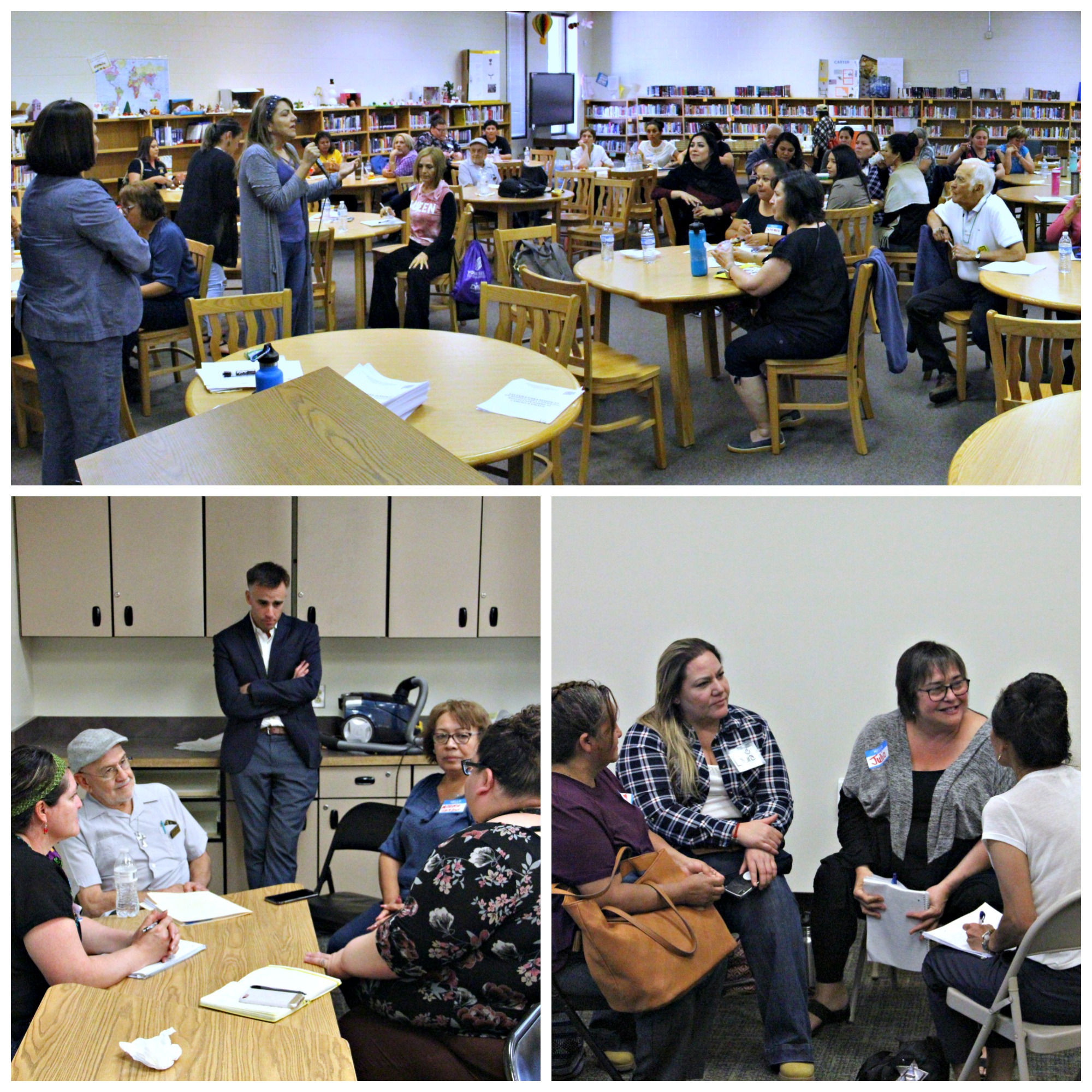 65 predominantly Spanish-speaking leaders from 18 institutions in Albuquerque convened for a multi-day training co-sponsored by the Catholic Campaign for Human Development (CCHD), the Organizers Institute of the West/Southwest IAF, and Albuquerque Interfaith.  Parish leaders participated in leadership development workshops and engaged with scripture and their religious traditions as they reflected on their roles in public life.

A civic academy about the humanitarian crisis at the border, held on the third day of training, inspired 25 new immigrant leaders to participate in a City Hall action the next day.  The rapid mobilization included the participation of Archbishop John Wester and helped leverage $250,000 in municipal funding to support asylum seekers.

Parish leaders participated in leadership development workshops and engaged with scripture and their religious traditions as they reflected on their roles in public life. 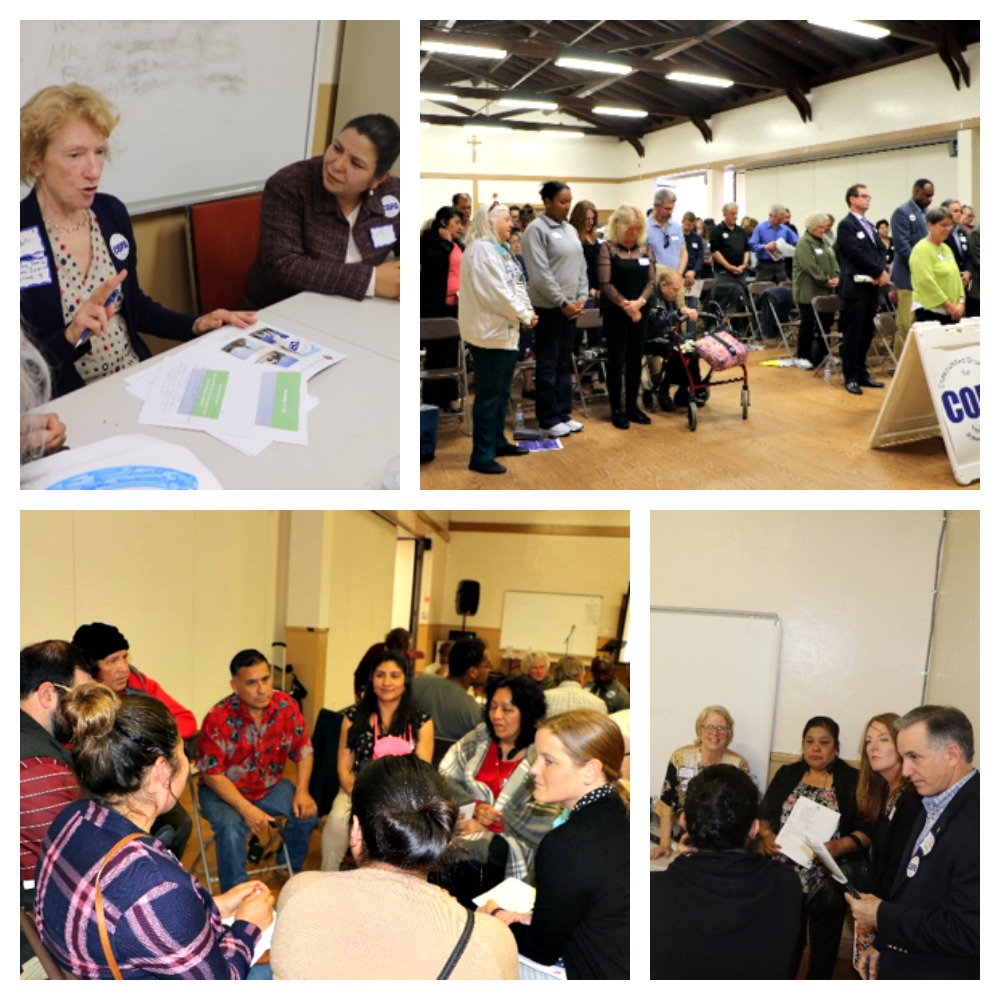 Hundreds of leaders from six institutions in the Monterey, California peninsula assembled for a civic academy on affordable housing organized by Communities Organized for Relational Power in Action (COPA).  Also in attendance were public officials including a Monterey County Supervisor, local city mayors, a school district superintendent and City of Monterey councilmembers.  Allied research, labor and advocacy nonprofits attended as well.

The academy started with a bilingual presentation about housing conditions in Monterey County which included specific metrics on the number of units needed and institutional barriers to their development.  One leader shared that as a result of taking good care of her unit, her landlord gave her 60 days to vacate so that their family could move in.  The leader and her family ended up living in their car when they could not find housing within that time frame.  Another leader, a senior who rented an apartment with her brother, shared that she could no longer afford the rent in the area after her brother died.  She is facing relocation to a city far from friends and family.

Participants in the civic academy then split into smaller groups for fully bilingual small group conversations in which public officials listened.  The academy closed with select officials detailing opportunities for allied action around housing development and tenant protections.  All committed to working with COPA for change in this area.

COPA has been organizing Housing Civic Academies across Monterey and Santa Cruz counties for the past few years to build a constituency interested in crafting solutions to the state’s housing crisis.  COPA-trained leaders have been successful in changing local policy, including increasing affordable housing requirements for future development areas in the City of Salinas.
COPA has additionally supported projects that increase the supply of affordable housing, including the Pebble Beach Company’s efforts to build housing for members of its workforce   As angry neighbors attempted to shut down the project, local COPA leaders consistently showed up in public meetings ensure its passage.

A few years back, COPA took a similar approach to get affordable housing built in Aptos, against strong local opposition.  At a recent Civic Academy at Resurrection Catholic Church, one man -- in front of an audience of 50 parishioners -- shared, “I was a big part of organizing the opposition to the affordable housing project here in Aptos… I held many of those stereotypes you have here, about crime, drugs, overcrowding, and declining property values.  Let me tell you now… that project is one of the best things to ever happen to our neighborhood.  It has brought new families and children into our community, we have regular community celebrations together… and I’m grateful to COPA for helping make that happen despite our attempts to stop it." 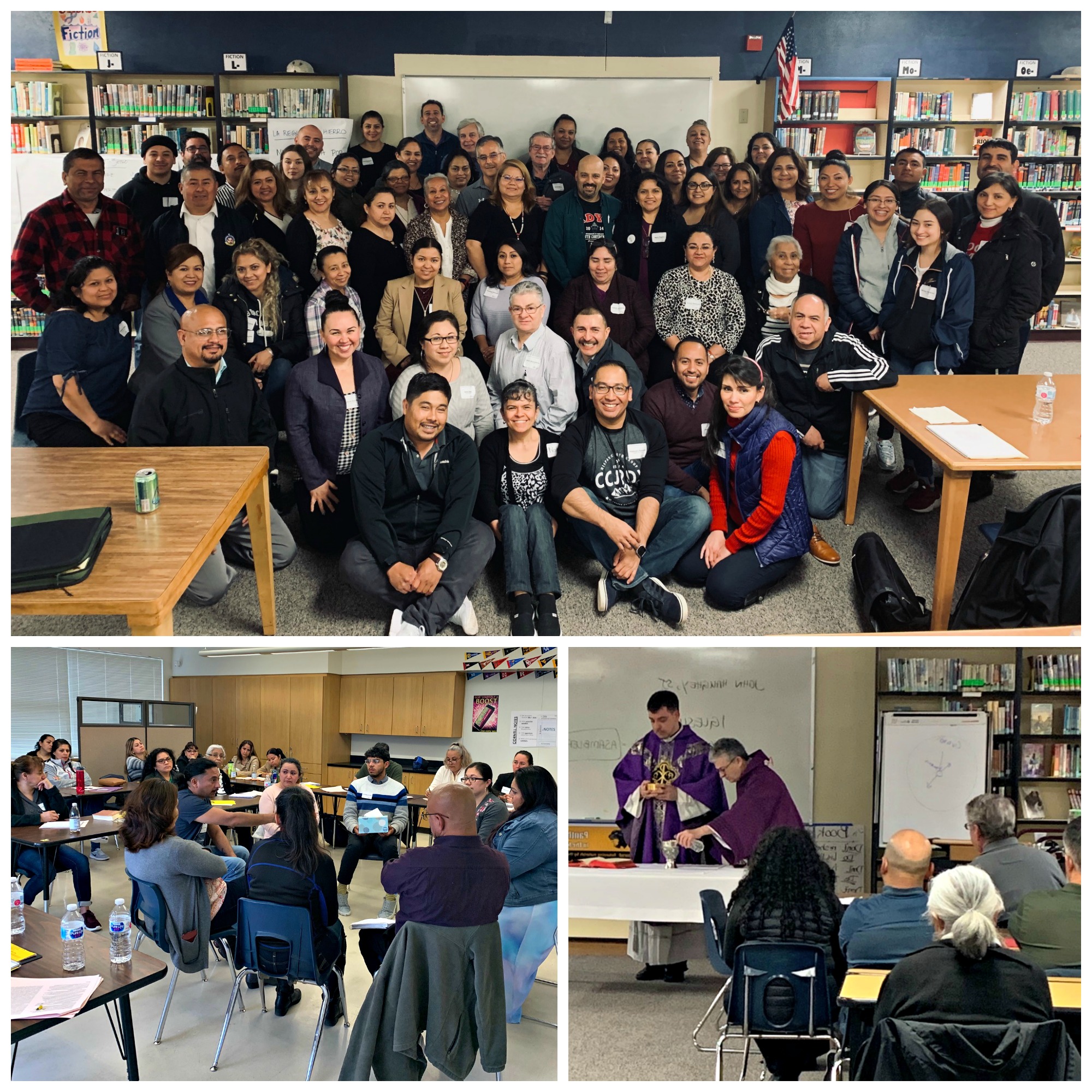 67 Spanish-speaking parish leaders participated in CCHD-sponsored training in Portland, Oregon.  Launched in coordination with the Catholic Diocese of Portland, the Organizers Institute of the West/Southwest IAF and the Metropolitan Alliance for the Common Good (MACG), the training engaged delegations of leaders from 11 institutions in sessions focusing on the mission of the Church and scriptural foundations for leadership. 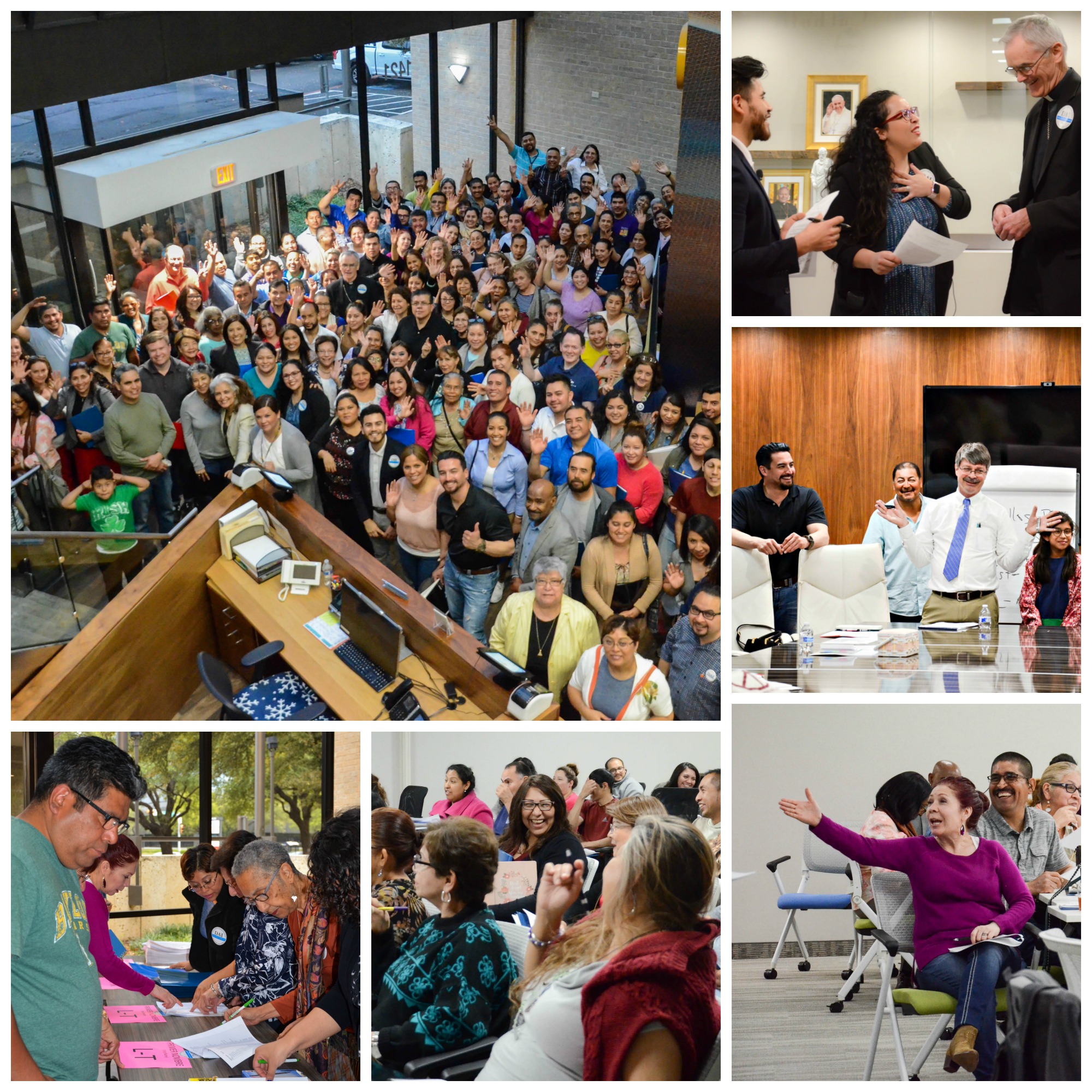 200 Spanish-speaking parish leaders were joined by Bishop Gregory Kelly for the CCHD-sponsored 'Recognizing the Stranger' training in Dallas.  Launched in coordination with the Catholic Diocese of Dallas, Mission and Ministry, Inc. (MMI), the Organizers Institute of the West/Southwest IAF and Dallas Area Interfaith, the training engaged delegations of leaders from 21 institutions in interactive sessions that focused on the mission of the Church and scriptural foundations for leadership.   Leaders will return to their parishes to hold listening sessions and work with other institutions to develop a city-wide plan of action. 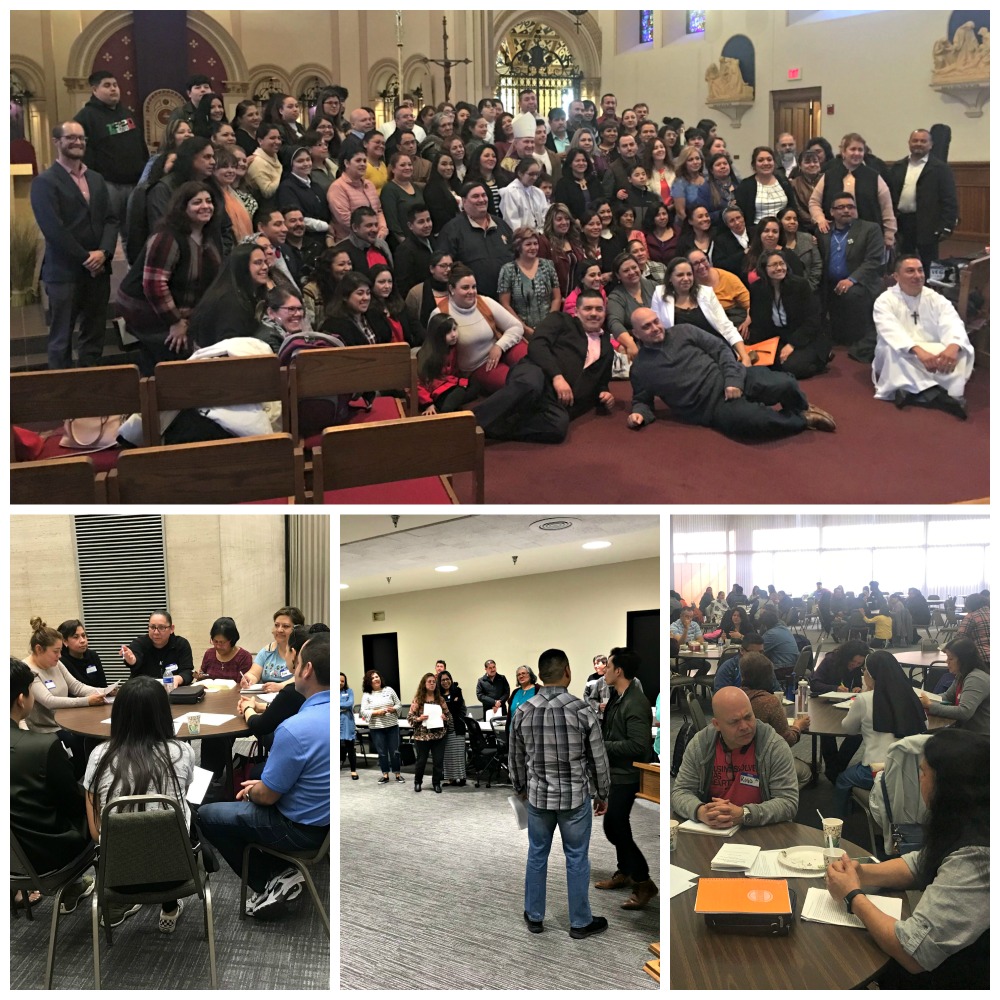 103 Spanish-speaking leaders, from fifteen institutions in the Catholic Diocese of Des Moines, participated in and were joined by Bishop Richard Pates for three days of training for congregational and community leadership.  Sponsored by the Catholic Campaign for Human Development (CCHD), the Organizers Institute of the West/Southwest IAF and AMOS, trainees deeply engaged with scriptural and church-based teaching to learn how be more effective leaders. 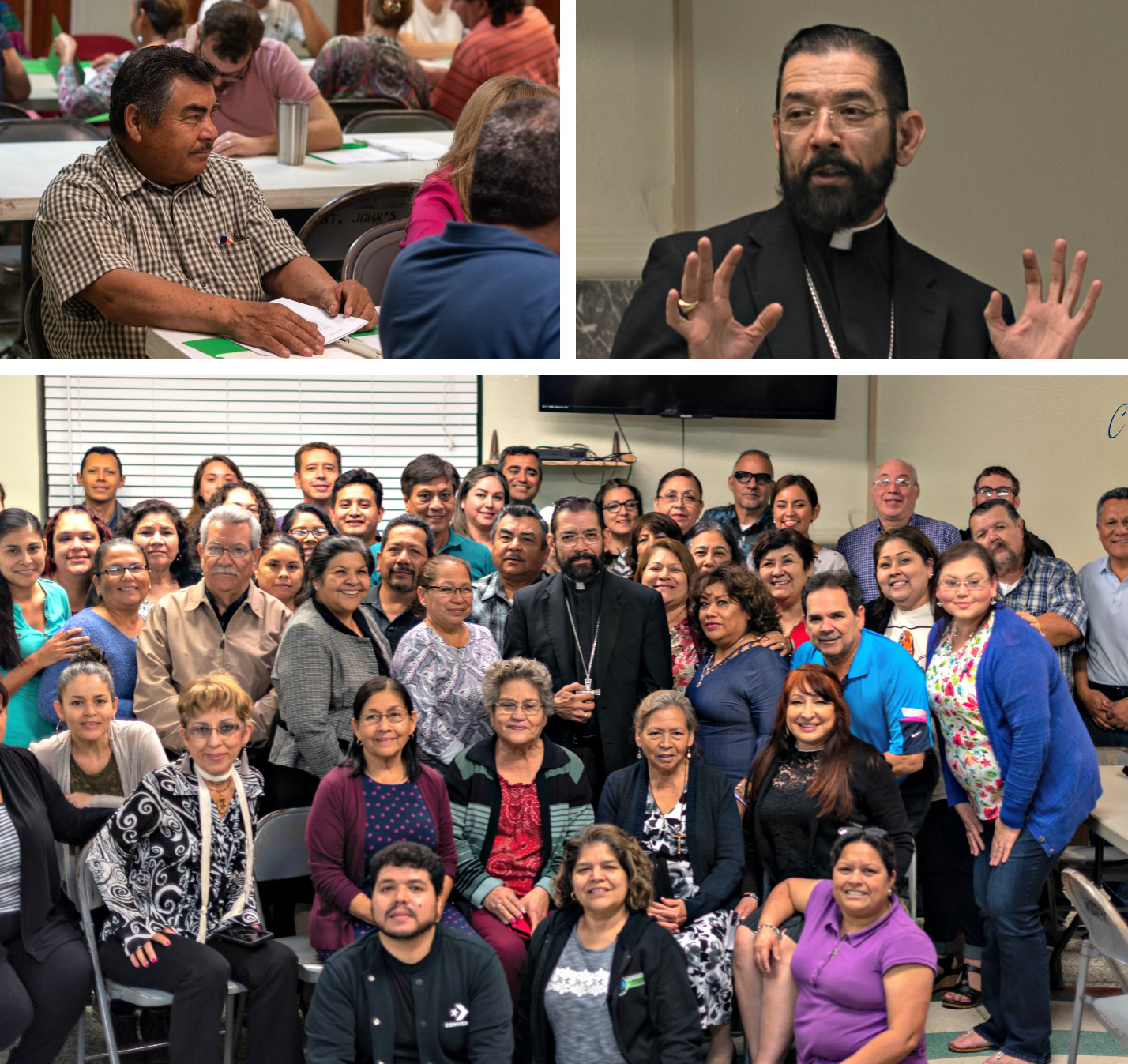 Over 80 predominantly low-income Spanish-speaking leaders converged for a multi-day training on leadership development co-sponsored by the Catholic Campaign for Human Development (CCHD), Mission and Ministry, Inc. (MMI), the Organizers Institute of the West/Southwest IAF and Valley Interfaith.  Trainees came from 19 different institutions of the Rio Grande Valley -- including from Rio Hondo, Elsa, Las Milpas (Pharr), Weslaco, Peñitas and McAllen --  to learn how to organize around their faith and values. 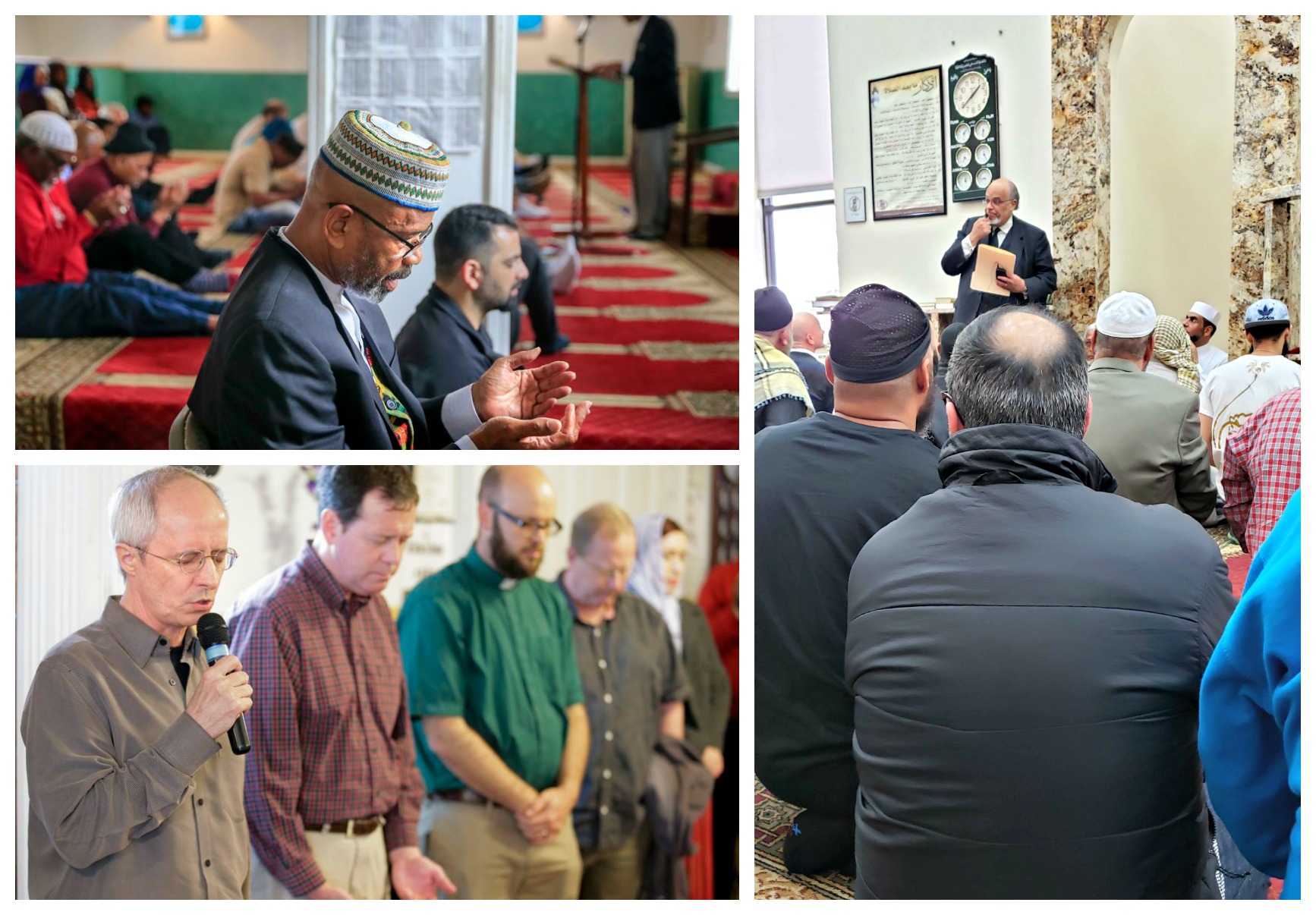 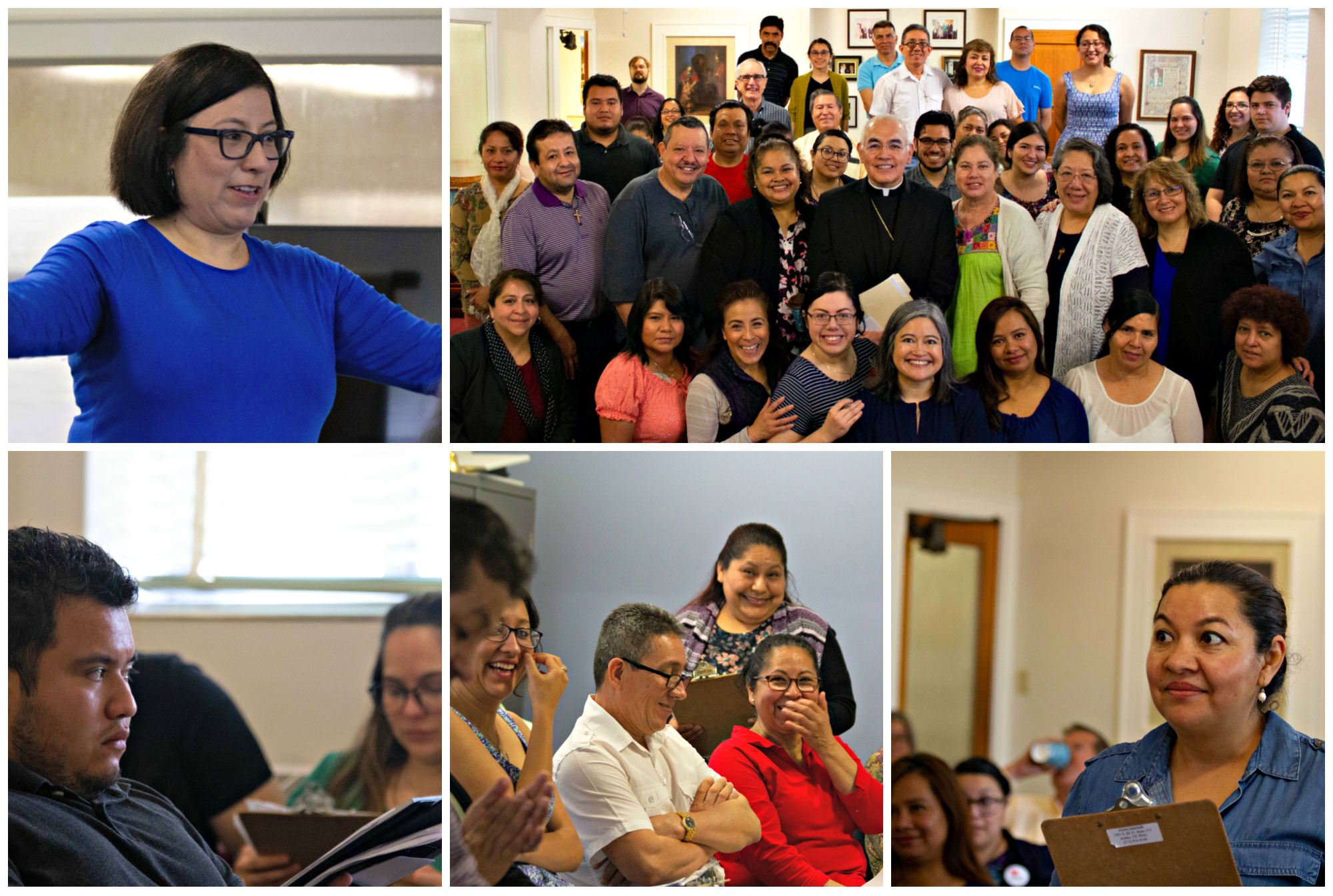 The CCHD-sponsored 'Recognizing the Stranger' strategy launched in Austin, Texas with the support of Bishop Joe Vasquez, the Catholic Diocese of Austin, the Organizers Institute and Austin Interfaith.  50 trainees from 13 institutions participated in Spanish-language sessions including the Body of Christ,  the Baptismal Call of the Church and Qualities of Leaders through the lens of the Beatitudes. 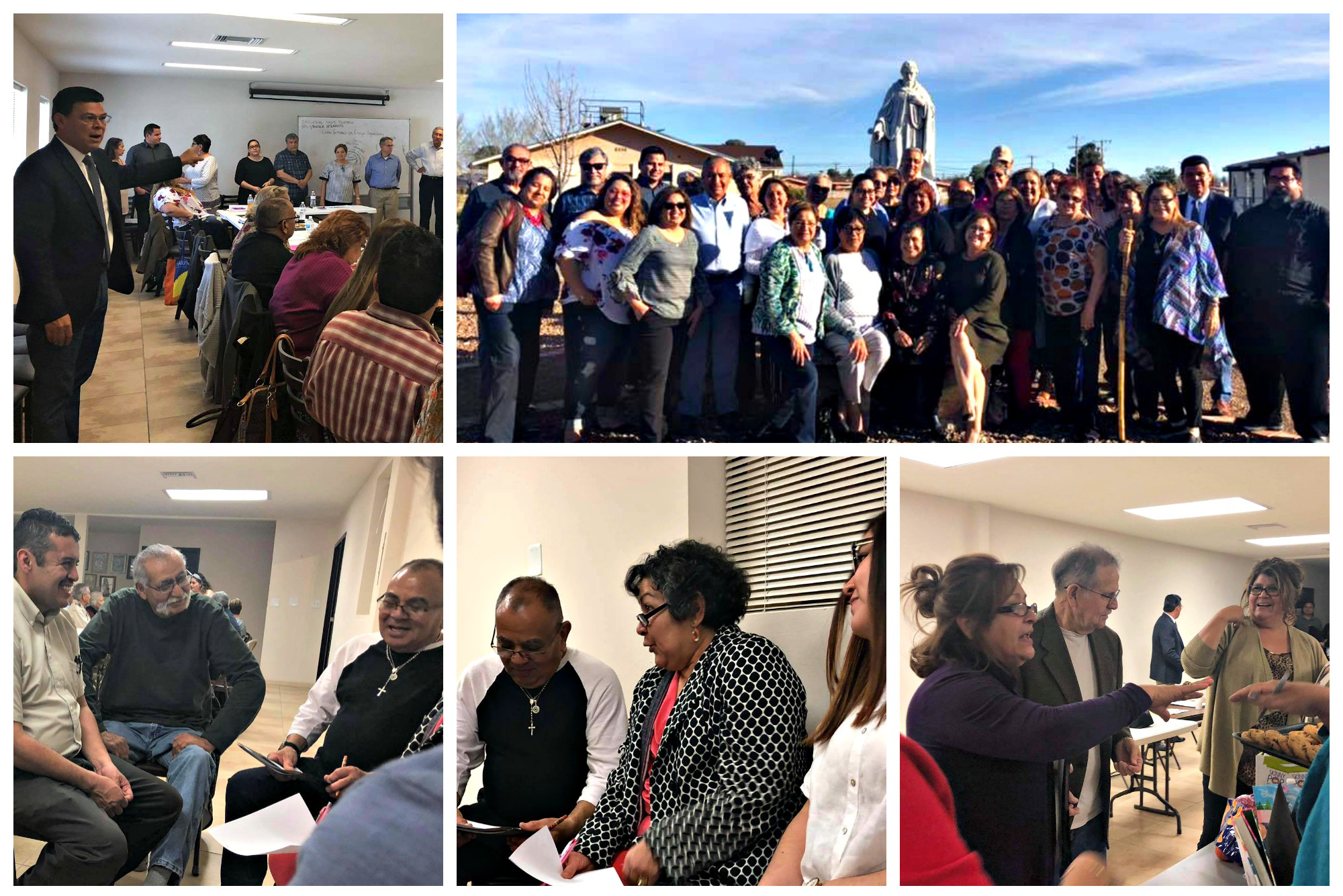 At the US-Mexico border in El Paso, Texas, training sponsored by the Catholic Campaign for Human Development (CCHD), Mission and Ministry, Inc. (MMI), and the Organizers Institute of the West/Southwest IAF reached approximately 40 Spanish-speaking leaders.  Participants wrestled with scripture, engaged with each other in small groups and re-imagined parishes at the center of change.