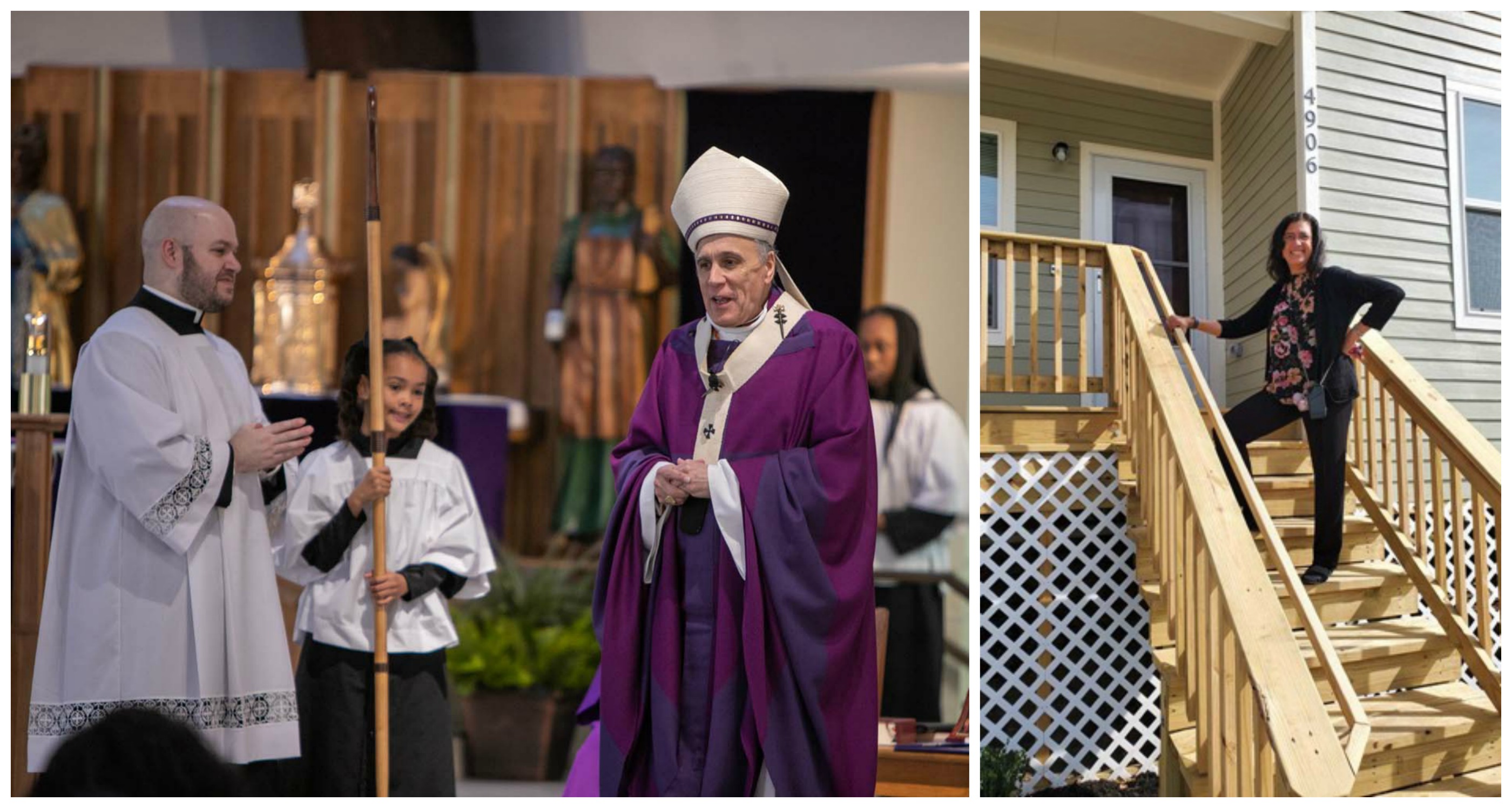 More than two years after Hurricane Harvey flooded St. Francis of Assisi parishioner Kathy Gabriel’s home, she finally celebrated the holidays this past November and December in her home that had to be demolished and rebuilt....Sherry Dunlap, [is] a fellow parishioner who took it upon her faith in action to help those families.

“Thanks to training through TMO (The Metropolitan Organization), I became the de facto Harvey Disaster Case Administrator for the church and our parishioners and others around the city,” Dunlap said.

Even St. Francis of Assisi Catholic Church itself was inundated with water and the subsequent problems of mold and other issues that the Archdiocese helped to resolve.

TMO and Gulf Coast Leadership Council (GCLC) representative Gina Reynoso said the nonprofit organizations acted as a conduit to connect people in need after the hurricane with the multitude of agencies attempting to help.

With contribution from the Catholic Campaign for Human Development, GCLC organized meetings with churches and their congregations impacted by the hurricane as being places of trust among the flurry of contractors and others trying to get a piece of the work.  Reynoso said, “In the last two years, GCLC has held outreach sessions reaching more than 2,000 people....