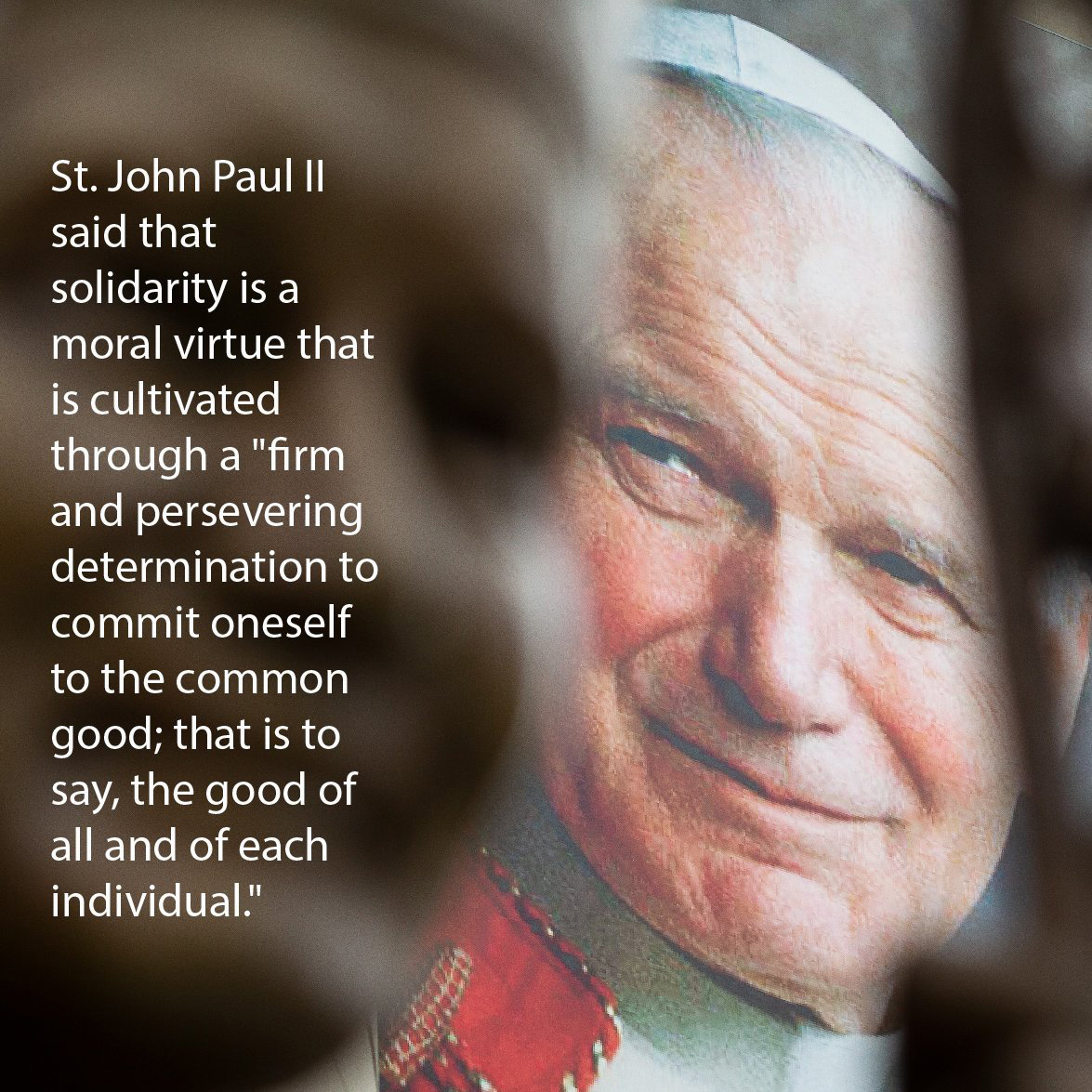 One way that ordinary people of faith can grow in the virtue of solidarity is to join a ministry or organization that is dedicated to improving the lives of those who Jesus called the “least brothers of mine.”

Take the Industrial Areas Foundation for instance. As one of the nation’s largest and oldest broad-based organizing networks, the IAF has its roots in the Catholic social tradition. By bringing together communities across the social, political and religious lines that usually divide, the IAF is effective at helping local faith and community-based organizations live out “their missions to achieve lasting change in the world.”

In May 2020, the IAF affiliates of California mobilized their networks to do just that. Although undocumented residents are vital to California’s economy, pay taxes and have suffered disproportionately during the pandemic, early COVID relief legislation enacted by Congress prevented them from accessing critical economic aid.

Through the IAF’s organizing of an unprecedented statewide Zoom action that included 1,200 faith leaders, 10 bishops and several lawmakers, ordinary people of faith succeeded in persuading Gov. Gavin Newsom to include undocumented workers and their families in the state’s COVID relief measures.

Like the IAF, CRS understands that lasting change, both social and spiritual, often comes about when ordinary citizens work together for a just and peaceful world. Through the building of God’s kingdom “on earth as it is in heaven,” Christians can cultivate the virtue of solidarity while also giving witness to the radical communion that God desires for all of humanity and creation.

Arenas de Ruiz, formerly of Venezuela, had been among parishioners in Harris County, Fort Bend and Brazoria counties who took the three-day leadership training offered [by the Gulf Coast Leadership Council with the support of the Catholic Campaign for Human Development and Mission & Ministry Impact to leaders of] The Metropolitan Organization (TMO), a nonprofit grassroots group. In mid-summer, more than 1,250 TMO leaders from 30 churches and other institutions convened on Zoom and Facebook watch parties for a virtual “Get out the Vote Rally” and made thousands of phone calls to 16 Harris County precincts that traditionally had low voter turnout.

The U.S. Conference of Catholic Bishops has offered a teaching document on the political responsibilities of Catholics called “Forming Consciences for Faithful Citizenship.” The document urges all pastors, lay and religious faithful and all people of good will “to help form consciences, teach those entrusted to their care; to contribute to civil and respectful public dialogue and to shape politics.”

Father Rodney Armstrong of Our Mother of Mercy Catholic Church in Fifth Ward and his parishioners set up a voter registration table at a nearby McDonald’s fast-food restaurant with owner approval. The pastor also made a video that TMO placed on its Facebook to encourage voters.

Dr. Fernando Scaglia, a parishioner at Assumption Catholic Church off Airline Drive, said he participated in the church’s phone bank as well despite his busy schedule as a researcher and professor of genetics at Baylor College of Medicine.

He also participated in “Virtual Accountability Sessions,” where TMO invited candidates from Democratic and Republican parties to discuss how they stood on a variety of issues.

“There are so many important issues that impact all of us — health and the pandemic; economic issues like evictions and even the DACA issue for dreamers,” Dr. Scaglia said.